Please click the question you are interested in. Please note, we accept no liability for the answers provided. For all queries, please seek additional legal advice.

What is the definition of a 'Large' company?
What does Scope 1, Scope 2, Scope 3 mean?
We are part of a group of companies, which meets the defintion of large, but none of the individual companies in the group meet the qualification criteria. Do we have to comply wth SECR?
Our parent company is based abroad, do we have to report their global emissions?
Our parent company is based abroad, it is listed on the New York Stock Exchange, do we have to report the whole groups global underlying energy and carbon emissions?
Are universities, housing associations, multi academy trusts and public sector bodies in scope of SECR?
The electricity we purchase is on a 100% renewable tariff. Do we report this as zero emissions?
We are a quoted (UK incorporated) company, do we need to report non-UK emissions for foreign subsidiaries?
Do we have to report employee commuting?
Do I have to break down my energy consumption by site?
We believe we are low energy users (less than 40 MWh) do we have to comply?
How are SECR regulations enforced?
What are scope 3 emissions? Do we have to include them?
Do we have to report the energy generated from our solar panels? 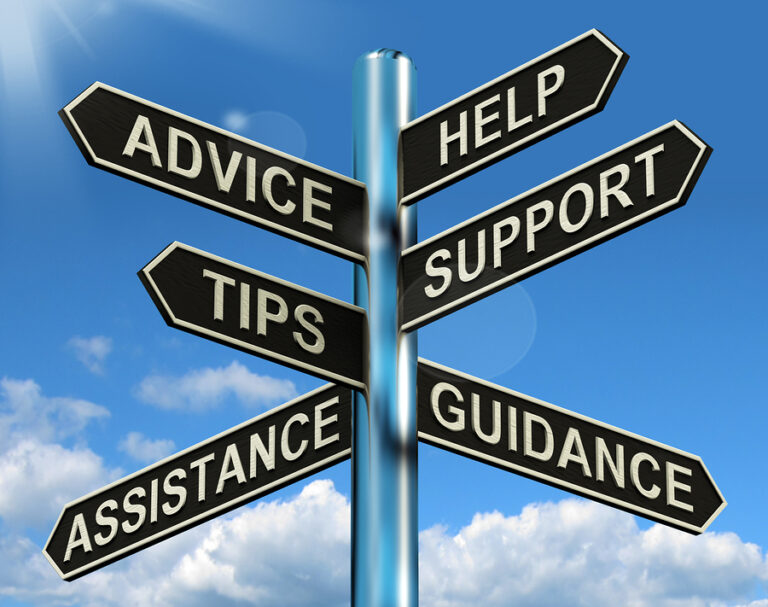 The definition of a Large Company is:

The qualifying conditions are met by a company or LLP in a year in which it satisfies two or more of the following requirements:• Turnover £36 million or more• Balance sheet total £18 million or more• Number of employees 250 or more

The different Scopes should be considered as different categories in which carbon emissions produced by your organisation are grouped.

Scope 2 emissions (energy indirect) are emissions being released into the atmosphere associated with your consumption of purchased electricity, heat, steam and cooling. These are indirect emissions that are a consequence of your organisation’s activities but which occur at sources you do not own or control.

Scope 3 emissions (other indirect) are emissions that are a consequence of your actions, which occur at sources which you do not own or control and which are not classed as scope 2 emissions. Examples of scope 3 emissions are business travel by means not owned or controlled by your organisation, waste disposal, or purchased materials or fuels.

Below is a useful image from GHG Protocol’s ‘Technical Guidance for Calculating Scope 3 Emissions’ describing the different types of emission scopes.

Companies within a group compliance:

If a group directors’ report is required, and the aggregate totals of the consolidated group mean that the group has to report under SECR, but none of entities within the group (subsidiaries or parent) qualify at individual level, the parent may be exempt from full disclosures in the group directors’ report if a statement is included that nobody in their group meets SECR requirements at an individual level.

If a business is required to report under SECR legislation and has a foreign parent, they would be submitting their SECR data to Companies House in their own directors’ report and based on the requirements that would apply to them as an individual entity.

For the purposes of SECR, a quoted company is defined in section 385(2) of the Companies Act 2006 as a company that is UK incorporated and whose equity share capital is listed on the Main Market of the London Stock Exchange UK or in an EEA State, or admitted to trading on the New York Stock Exchange or Nasdaq.

If a business is required to report under SECR legislation and has a foreign parent, they would be submitting their SECR data to Companies House in their own directors’ report and based on the requirements that would apply to them as an individual entity.

If the organisation is required to prepare a Directors’ Report under Part 15 of the Companies Act 2006, and if it is quoted or considered ‘large’ then it is in scope of SECR regardless of its activities in the public, charitable or education sectors.

The electricity we purchase is on a 100% renewable tariff. Do we report this as zero emissions?

We are a quoted (UK incorporated) company, do we need to report non-UK emissions for foreign subsidiaries?

The Government state: Quoted companies should report on the global energy use and emissions that the group, headed by that company, is responsible for, and it is for the reporting entity to apply this test in relation to their global operations. The legislation also sets out that organisations should reports separately on UK and non-UK energy and emissions.

Do we have to report employee commuting?

Employee commuting in vehicles not owned or controlled by your organisation is Scope 3 emissions and its reporting under SECR is optional.

Do I have to break down my energy consumption by site?

You do not need to breakdown your energy consumption by site. Our online carbon calculator requires that you enter a cumulative figure for all sites (e.g. enter a combined gas total for all sites and a combined electricity total for all sites). Use our free conversion calculators to convert your mains gas, LPG, oil etc. in to kWh. However, make sure you do not combine different energy supplies or sources. E.g. if you have converted your mains gas and LPG consumption to kWh, do not combine the two figures, report each separately. This applies to different transport types, do not combine your fleet consumption and grey fleet consumption (grey fleet = staff using own vehicles and claiming back mileage).

We believe we are low energy users (less than 40 MWh) do we have to comply?

We would recommend that you confirm that you are a low energy user. 40 MWh (40,000kWh) is actually not that much (roughly the typical annual energy consumption of two medium sized domestic houses). Importantly, you need to include any transport energy you have consumed over the assessment period (including staff claiming back miles using their own vehicles – grey fleet). An average diesel car travelling 20,000 miles per year consumes ~ 22.8 MWh of energy.

The guidance states the following in respect to qualifying as low energy users:

• A quoted company preparing a Directors’ Report which has consumed 40MWh or less during the period in respect of which the report is prepared. If the quoted company is preparing a group Directors’ Report, the assessment is of the energy consumption of the parent and its subsidiaries which are included in the consolidation and are quoted companies, unquoted companies or LLPs. In assessing whether or not the 40MWh threshold is met, companies in scope must consider all the energy usage as defined in section 6 of the guidance.

• Unquoted companies or LLPs preparing a Directors’ Report or Energy and Carbon Report which have consumed 40MWh or less in the UK, including offshore area, during the period in respect of which the report is prepared. If the company or LLP is preparing a group Report, the assessment is of the energy consumption of that parent and its subsidiaries. In assessing whether or not the 40MWh threshold is met, companies in scope must consider all the energy from gas, electricity and transport fuel usage as defined in section 7 of the guidance.

How are SECR regulations enforced?

This is what the guidance states:

The Conduct Committee of the Financial Reporting Council is responsible for monitoring compliance of company reports and accounts with the relevant reporting requirements, imposed on companies by Part 15 of the Companies Act 2006 (“the Act”) and imposed on LLPs, as that Act has been applied to LLPs.38 The Committee has the power to enquire into cases where it appears that relevant disclosures have not been provided. The Committee also has the power to apply to the Court, under section 456 of the Act, for a declaration that the annual report or accounts of a company or LLP do not comply with the requirements and for an order requiring the directors to prepare a revised report and/or set of accounts.

As far as possible, however, the Conduct Committee operates by agreement with the businesses whose reports it reviews and, to date, has achieved its objectives without recourse to the Courts. The Committee exercises its functions with regard to the principles of good regulation, including proportionality, consistency and targeting. It raises concerns with companies where there is evidence of apparent substantive non-compliance.
Companies House register company and LLP information and make it available to the public. Companies House may not accept any accounts that do not meet the requirements of the Companies Act, and where acceptable accounts are delivered after the filing deadline, the company is liable to a civil penalty in accordance with section 453 of the Companies Act 2006. The civil penalty for the late filing of accounts is in addition to any action taken against directors (or members of an LLP), under section 451 of the Act.

The Government will work with Companies House and the Financial Reporting Council to support implementation, and to monitor how organisations respond to the new reporting requirements as part of its overall responsibility to review the impact of the legislation on businesses and the wider economy.

What are scope 3 emissions? Do we have to include them?

The guidance defines Scope 3 emissions as:

For quoted companies, the reporting of Scope 3 emissions is voluntary but strongly encouraged.

All other scope 3 emission disclosures are voluntary but strongly encouraged.

Below is a useful image from GHG Protocol’s ‘Technical Guidance for Calculating Scope 3 Emissions’ describing the different types of emission scopes.

Do we have to report energy generated from our solar panels?

‘While explicit reporting on renewable energy and associated emissions is not a mandatory requirement under the SECR legislation, organisations are
encouraged to use dual reporting if they wish to reflect their consumption of renewable energy’.

In accordance with the 2009 Guidance, you may report an emissions reduction in your reported net CO2e figure for any renewable electricity that you have generated and exported to the national grid or a third party. The emission reduction should be calculated using the grid average factor. Total emissions reductions from generated and exported renewable electricity (and green tariffs if appropriate) must not be greater than gross scope 2 emissions.

Click here to be taken back to the top of the page
We use cookies on our website to give you the most relevant experience by remembering your preferences and repeat visits. By clicking “Accept”, you consent to the use of ALL the cookies.
Cookie settingsACCEPT
Manage consent

This website uses cookies to improve your experience while you navigate through the website. Out of these, the cookies that are categorized as necessary are stored on your browser as they are essential for the working of basic functionalities of the website. We also use third-party cookies that help us analyze and understand how you use this website. These cookies will be stored in your browser only with your consent. You also have the option to opt-out of these cookies. But opting out of some of these cookies may affect your browsing experience.
Necessary Always Enabled

Any cookies that may not be particularly necessary for the website to function and is used specifically to collect user personal data via analytics, ads, other embedded contents are termed as non-necessary cookies. It is mandatory to procure user consent prior to running these cookies on your website.